July 31 – And so we return to our daily lives, refreshed and ready to resume where June had left us. What is the first thing you will do now that camp is over? Do you need a vacation from your vacation? What actually is normal? What is your normal? Write it.

We will be going back to our normal routine at Creative Bloomings as well. The Sunday Seed will be planted on August 2nd. The Inform Poets Wednesday feature will resume on August 6th. The Blooms will be chosen on Saturday. If anyone has not served as Guest Host and would like to take their turn (if you gratefully declined because you had plans when you were asked, please let me know) Otherwise, I’ll be flying solo from here on out until I figure the course to follow.

THANK YOU TO HANNAH GOSSELIN FOR HER CREATIVE BADGE FOR THE

July 30 – Not the last day of the month, but we say our adieu to Camp Granada today. Write a goodbye poem to the camp, your mates, something specifically, or just to Summer in general (it will be over before we know it!) No need to be maudlin or melancholy. There must have been something (someone) to whom a goodbye is due! REMINDER: There will be a final prompt to close out July tomorrow!

July 29 –  Now that we’ve spent nearly a month at camp, we found many things to appreciate here to have the thought of not wanting to head home just yet. Even if you’re not usually a “camper” there must have been something you’ve likes about the experience. Revisit that one thing that made you a “Happy Camper”. Give the connotation a good light for a change.

July 28 – As we wind down to the final days of “Camp”, today is an Event Day! What day is it? Invent a special celebration for today and write a poem about it. “Packing” Day? “hashtag” Day? Make it a day and poem!

July 27 – In the children’s game “Barrel of Monkeys” you tried to link the arms of the monkeys to make a chain. Following the linking exercise of yesterday, we continue Haiku style.

We will link haiku together (renga). I will offer a start below. You will continue the chain, or you can start a new chain at any time. If you choose to continue a chain, you must include the previous section that you are linking to. Include at the bottom a reference  to who had contributed to the chain so when the “last link” is added the chain will be complete, and the combined authors will get recognition. The last contributor will get to title the renga. A current chain will be very obvious from that aspect. A new beginning will stand on its own as well. These are always a lot of fun. So join hands and play along! (But leave the Kumbaya at the campfire!)

This is a discussion, a trial. A poetic …aside? (Sorry Robert!)

I thank our poetic friend, Meena Rose for introducing me to the discipline of Boketto. I have been thinking about how to translate this into a poetic form.

Boketto is a Japanese word that really doesn’t translate into English very well. The idea behind Boketto is staring at the sky or into the distance without a thought… Getting lost in one’s own self; removing the self from a place mentally. There is no regard to the past and no concern for the future. There is only THIS moment. The Boketto can be a very personal poem, or can be one of a random observation.

A variation of the Boketto can make use of two (three) ancient Japanese forms, the Tanka and the Haiku (Senryu). The moment of which you write will determine the choice. (Haiku – nature; Senryu – anything else).

The air is filled with static,
a bombardment of senses
meant to irritate; annoy.
There is no joy,
this moment must cease.

I must escape in my mind,
hoping to find inner peace.
No relief.

I am imprisoned,
lost in this moment in time.
I am writing rhyme
hoping to vacate this shell
and become one with my words.

I’m looking for feedback on this idea for a new form. Please try it and let me know if it is workable. Is there an ease in its construction? Does it convey the essence of Boketto? This does not tie into the Granada Camp poems, although feel free to use the form for a future prompt. We may do something with it in the future if it works out. Thanks in advance for giving it a look! Walt.

July 25 – It is our annual service day at camp. This is where we do something wonderful for someone else. There’s a camp for children with disabilities down the stream from us; a church camp up the road. On the northern end of the property there is an Assisted Living facility; the southern quadrant is a nature preserve. A mile up the road there is a mission which serves homeless veterans. Pick a group to serve and write a bit of your altruism into your poem.

July 24 – It’s raining again! I told you it would! (And of course it’s raining OUTSIDE!) But, this time you’re caught outdoors in the storm. Do you run for shelter? Seek refuge in a clearing in the rocks? How about dancing in the rain with reckless abandon? How do you deal with the inevitable rain? Write it here!

AND IF YOU HAVEN’T ALREADY DONE SO, READ MARIE’S INTERVIEW WITH THE INIMITABLE DR. PEARL KETOVER-PRILIK AS THEY DISCUSS HER BACKGROUND, POETRY AND HER PROCESS, AND A (FICTITIOUS) LITTLE GIRL WHO HAS TOUCHED HEARTS.

THIS IS THE LINK TO THE INTERVIEW! 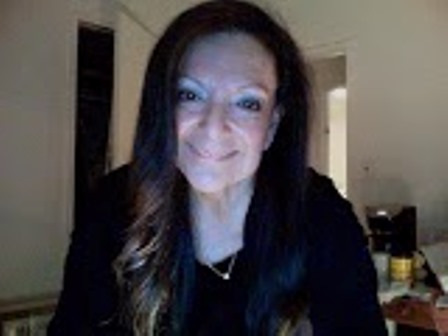 PROLOGUE (Walt’s Notes): Our intention here at Creative Bloomings (Poetic Blooming) has always been the support and propagation of the poetic process. The intent was to fete all the poets with whom we had become acquainted though our various poetic sites and blogs. Plenty of opportunities are offered here to encourage and support all who write poetry: the Recollection Pages, the chapbook adventures, the Brilliant (Beautiful) Blooms, the Inform Poets feature, our “anthology” and no less important, the poet interviews. Since its inception, Marie and I had shared the process of presenting queries to our guests. I found that Marie had this certain gift as an interviewer, and handing the feature fully to her was a great decision I’ve never regretted.  We have covered the majority of our contributing poets, and will delve further as they frequent our blog. As in the past, we have reached beyond our garden to celebrate “fellow travelers” on this journey (Robert Lee Brewer and Margo Roby, to name two). So it was with that in mind that I had personally requested Marie to consider interviewing Dr. Pearl Ketover-Prilik. You know her name and her work. And Marie does her usual stellar job in bringing Pearl to our readers. Thanks to Marie for this consideration, and to Pearl for her friendship and willingness to open the Book of Pearl for us to know her better! Enough blather from the old guy… take it, Marie!

It isn’t often we interview “writerly” guests who do not (or seldom) plant seeds here in our garden.  However, this week’s interview takes us through the garden gate, and off the beaten path.  Don’t think for one moment though that “off the beaten path” equals “unfamiliar territory.” I believe all of our Bloomers recognize the face and voice of the talented Dr. Pearl Ketover Prilik.  END_OF_DOCUMENT_TOKEN_TO_BE_REPLACED