Today I welcome back a returning poetic “hero”. He came forward and stood tall when I had run up hard against life last year. And he had served admirably. Aside from that he is an accomplished poet in his own right, a fellow Poet Laureate at Poetic Asides with Robert Lee Brewer. Welcome “home” William Preston. 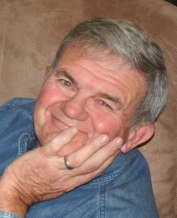 William Preston has been writing poems for nearly thirty years. His main inspiration was song lyrics; owing to a severe hearing loss, which prevented him from understanding songs as sung, he would look up the words. He thus grew to know lyricists such as Irving Berlin, Oscar Hammerstein II, Lorenz Hart, Johnny Mercer, Gus Kahn, and others of the golden era of Tin Pan Alley. He wanted to write like they did, and also like poets such as Robert Frost, Adelaide Crapsey, and Ogden Nash. (He likes to be eclectic and prefers to write in forms.) He has published little, however, and views blogs such as Robert Brewer’s Poetic Asides and this one as his primary means of sharing the joy of writing verses.

PROMPT #159 – “AUTO-BIOGRAPHY” – There are times we would like people to know us in a little better way. Sometimes we offer up TMI. Today we tell a little about ourselves by our reasoning NOT to do exactly that! Think of some reasons why your WOULDN’T write your auto-biography. Use one reason as your title and write that poem.

An ordinary guy in ordinary times,
living an ordinary life
in a very ordinary way. A simple man,
in a simple place among remarkable people.
My family would read me or they won’t.
My friends could read me, but they don’t see
any different me than they already know.
I have known my arrogance to get the best of me,
the rest of me hides in the shadows revisited
by the trepidation in which I grew. I knew
I should “release the beast within”. And in that,
I grin. Much to say, yet no way to know it.
So, I just became a poet.

The trees are swimming upwind, and the sky
glows green in silent harmony with blue;
a vireo is calling out a new
sweet dirge as sunlight whispers. By and by,
the colors merge to grey, a subtle lie
that mocks the moonlight as it shimmers through
a cataract that stands where flowers grew,
and all of this enthralls my mind and eye.
I think I am awake. The paneled room
appears the same as when I went to sleep,
but even so, I cannot rise from bed.
This strange kaleidoscope, so bright with gloom,
has come once more, as though from some great deep,
and now, again, I taste the hue of dread.